Saturday was the 2008 Mavericks Surf Contest and I had the opportunity to photograph it from the shoulder of the surf break. The event was incredible as always. Surf conditions were big to say the least and the performances of Greg Long (the winner of the contest), Jamie Sterling, Grant Washburn, Grant Twiggy Baker, Even Slater and Tyler Smith were incredible. More photos are to come, but here are a few to enjoy in the meantime.
Update: More Mavericks photos have been added to my Photoshelter Mavericks gallery for more immediate viewing. 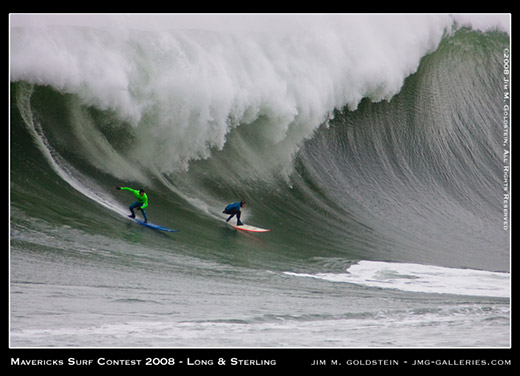 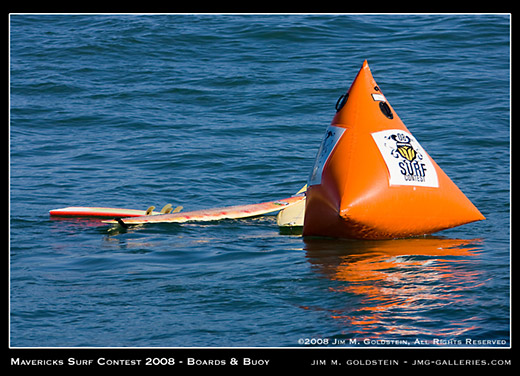 Boards and Buoys, 2008 Mavericks Surf Contest
Notice anything odd about one of the boards? 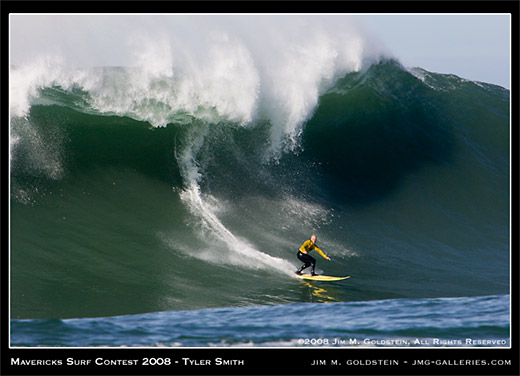 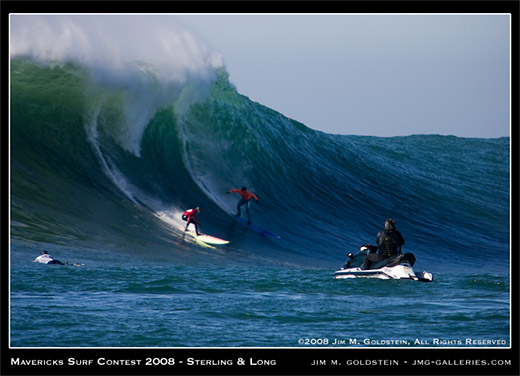