Something Amiss In The Marin Headlands North of San Francisco

I was tipped off recently that something had changed in the Marin Headlands impacting future photographs of the Golden Gate Bridge. The change…

Not just any tree… the ONLY tree in the Marin Headlands in plain view from most lookouts in San Francisco. Regularly this small tree is in frame for most if not all Golden Gate Bridge photos that have been taken over the past couple of decades. I’m not sure if this tree was officially removed or if someone went out of their way to remove it illegally. Either way I’m curious if anyone has heard anything about this. I’ve done some basic research and have not come up with any news on this. 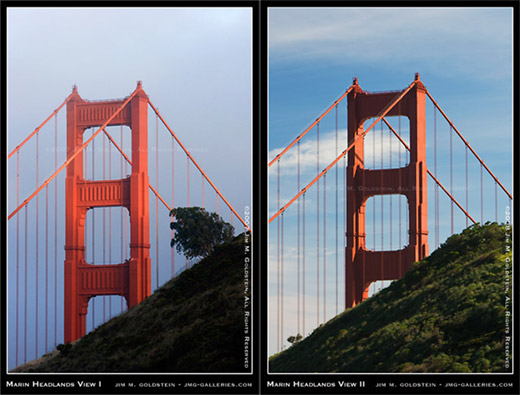 Word is that this likely happened in late 2007. In January and February I had been in the area photographing the Golden Gate Bridge, but at night. I thought the tree was missing, but I chalked it up to being dark and didn’t think anything of it.

Thanks to artisart for pointing this out to me.