It’s been a great year for photography, perhaps even better than last year, and as 2008 nears its end I thought it would be fun to select my favorite photos from the year. I had a tough time narrowing things down so here they are…

Featured in EXIF and Beyond: Mastering Digital Panoramic Photography this panoramic photo taken with a 24mm Tilt-Shift lens has proven to last the test of time. I find myself drawn to this image as much today as I had been the day I took it. The fresh perspective, textures and scale of the scene are elements of the photo that continue to draw me in. 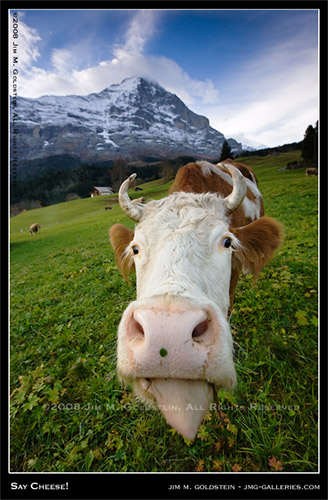 Portrait of a Swiss Cow in a Pasture with Mount Eiger in the background.
For the record no tongue ever touched my lens, but it was close. Fortunately for me this bovine was quite docile and didn’t push me down the hill or pull me into an electric fence I was straddling. 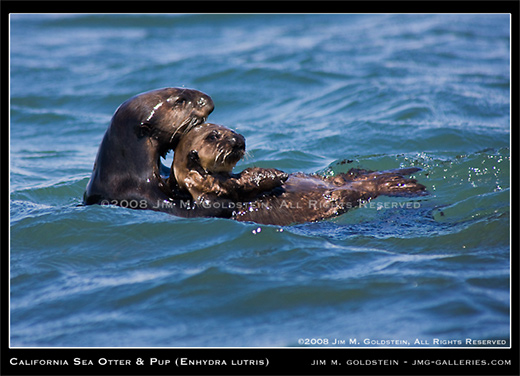 This quick bonding moment between mother and sea otter pup occurred shortly after an over amorous male tried to “divide and conquer”. The female otter was able to simultaneously fend off the male otter while protecting her pup. It was high drama with a happy ending. 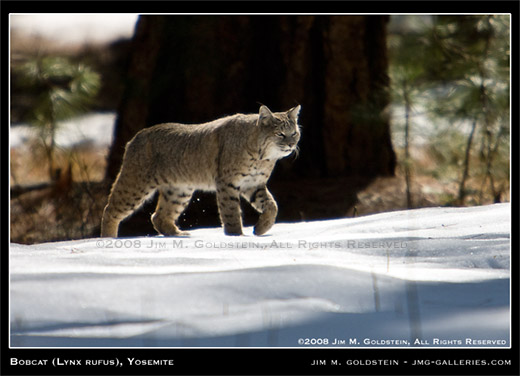 The sight of wildlife in the snow at Yosemite always amounts to dramatic imagery. With out a care in the world this Bobcat was trekking through a snowy meadow. As mentioned this was likely the wildlife encounter of the year for me. While I got much tighter photos of this cat I find this environmental photo to be my favorite of the set. 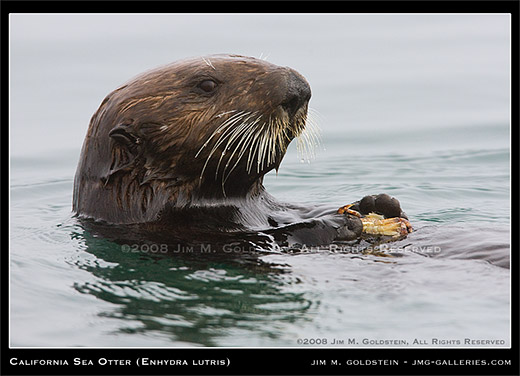 The last California Sea Otter photo of my Top 10 set is a portrait of a feeding Sea Otter. This otter made fast work of this crab, but seemed to pause momentarily (in reality a split second) so as to pose for me. What makes this photo special to me is the detail of the otter’s features including the fur, ear, whiskers and paws. 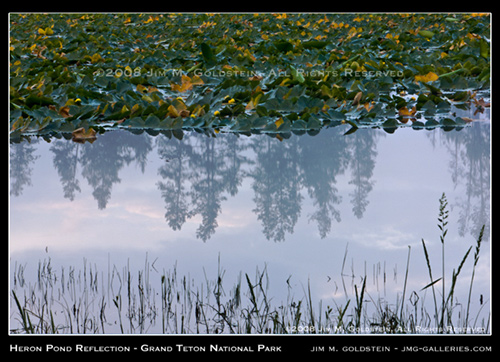 Morning hikes at Grand Teton National park are among my favorite both for the ethereal beauty of the landscape and the awe inspiring encounters with elk. If you’ve never been, Grand Teton National Park should be on your short list of places to visit. The mountains are incredibly beautiful, but the surrounding lakes and rivers are rich with life and intimate nature photo opportunities. This pre-dawn photo attracted my eye both because of the pastel hues of the fog filled sky and the layers of vegetation filling the frame. 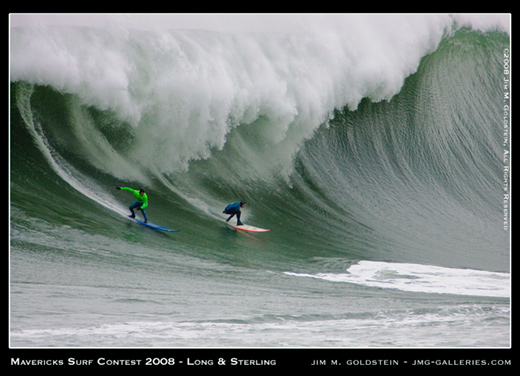 The biggest wave of the day at the 2008 Mavericks surf contest was no doubt the most dramatic. The sheer size of these waves is amazing, the surfers are incredibly skilled and the event is a blast to photograph. While this photo highlights the scale of the wave to an individual surfer, it will unfortunately never relay the earth rattling roar of the water. 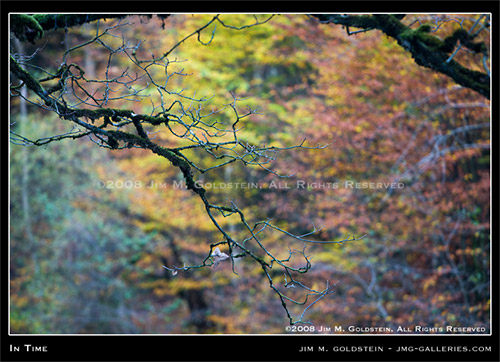 Taken in Switzerland this past fall I found myself irresistibly attracted to the fall color of the trees. The jagged form of the bare tree branches juxtaposed against the backdrop of fall color was one that I enjoyed exploring. This particular photo is one I find myself returning to view over and over again. 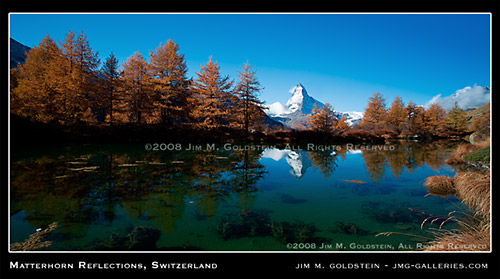 Unequivocally this day was the most beautiful of all my days spent in Switzerland. High above Zermatt I enjoyed taking in the morning light as it illuminated this alpine lake. This scene was too beautiful to confine to one frame so I created a 3-photo panoramic using my 24mm Tilt-Shift lens.
Note: For those in the U.S. unlike North American conifers those in Europe turn golden before their needles are shed. This took some time getting used to this. I kept thinking the trees were being killed by a bark beetle. 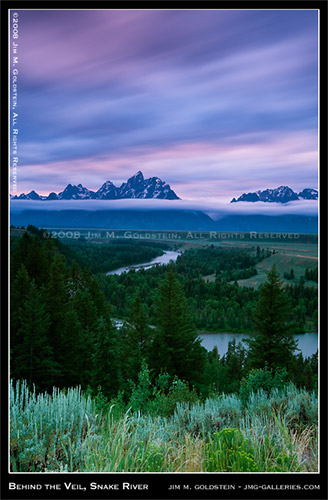 When Mother Nature puts on a light show in Wyoming she goes all out. This photo was taken after a substantial storm moved through the area. As the storm began to clear a hole opened in the clouds far beyond the horizon. This opened a path for the last rays of sunlight to paint the clouds and peaks of the Grand Tetons with amazing red light. Even more impressive to me was the unusual phenomenon of low lying clouds creating a thin veil conceiling the mountains. All around this was a magical scene to take in and one I’ll cherish for a long time to come.