Is the nearly impossible mechanism to obtain permits to hike Half Dome to blame for the death of a hiker this week?

I had an interesting conversation with my neighbor regarding the hiker that just recently perished on Half Dome this week as we’re both a 2-3 degrees of separation from her. What was an eye opener in the conversation is that few people hiked Half Dome that day because of questionable weather. Did the people who hiked Half Dome that day risk the questionable weather because it is so difficult to obtain permits? Or because there is no mechanism to redeem permits on another day if “rained out” (bigger risk being lightening)? Seems ironic that the permits could actually result in accidental deaths when they’re in place to prevent them from overcrowding. 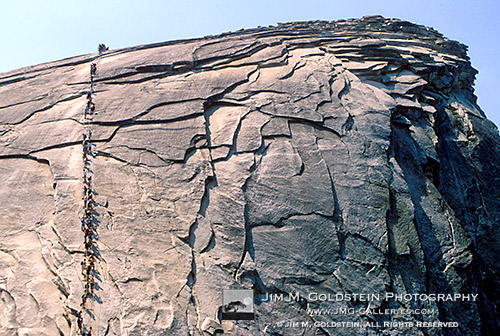 Hikers Climbing the Cables on Half Dome - Yosemite, California

The Yosemite NPS Half Dome Day Hike site does say not to summit in bad weather, but there is no mention of a mechanism such as a “raincheck” provided by the BLM if conditions do not permit a safe summit. With such a difficult permit to obtain and such a long hike people who reach the cables might be unnecessarily tempted to ascend when they might otherwise try again another day. 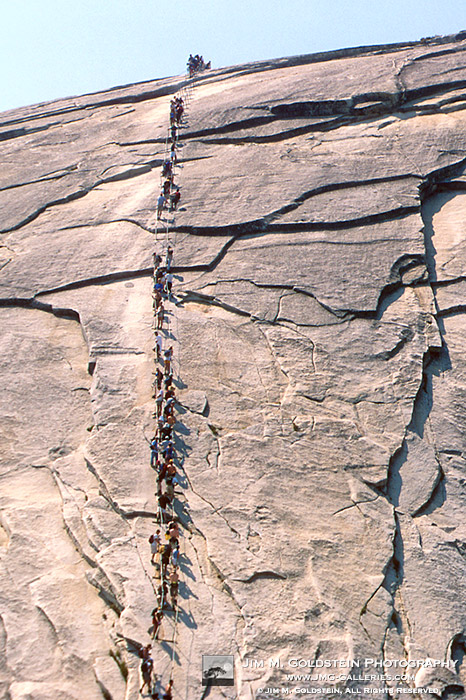 Hikers Climbing the Cables on Half Dome - Yosemite, California (zoom)

From an example BLM site:

Can I get a “raincheck” after I pay my fees?

You can get a raincheck for the XXXXX permit areas only if you attempted to reach the trailhead and were unsuccessful. You may then apply for a raincheck voucher in person at the XXXXX Contact Station (or XXXXXOffice in the winter). You may redeem your raincheck voucher, at no cost, for a replacement permit dated within 30 days following your original permit, or within the same 30 day period the following year. Call the permits desk (xxx-xxx-xxxx) or the XXXXX Strip District Office (xxx-xxx-xxxx) with your voucher number to obtain a replacement permit.

Raincheck example: John Smith has a permit for 2 people to hike to XXXXX on March 18th, 2010 and he and his hiking partner are unable to get to the XXXXX Trailhead because XXXXX is flooded. Mr. Smith travels to the XXXXX Contact Station and applies for a raincheck voucher. He is issued a voucher that he may redeem for another permit before April 17th, 2010 or between March 19th and April 17th, 2011.

What are your thoughts? 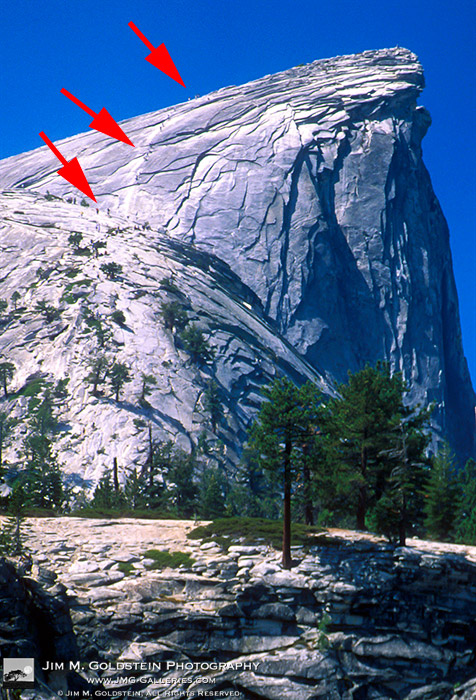 Hikers Climbing the Cables on Eastern Shoulder of Half Dome - Yosemite, California