Photographers: The Good, The Bad & The Ugly

As a photographer I consider myself fortunate to be alive during an amazing time where a resurgence in photography, thanks to digital, has paralleled an unprecedented revolution in communication, thanks to the Internet.  The Internet has facilitated a constant buzz and chatter relating to everything photography enabling us to learn, gain inspiration and even compete. Every moment of the day we are bombarded with photography whether we’ve taken and shared our photo(s) or someone else has shared their photo(s) with us in the news, on a forum, on a social media site, etc. If you take a moment to put that Internet chatter and buzz on pause and strip away our cameras and computers we are left to see the individuals behind it all. We may not literally see every photographer worldwide, but in our day to day interaction we can see the qualities these people bring to the photography community. We see human nature at its best, worst and ugliest form.

Over the past year I’ve had a couple of experiences that warranted a discussion on photographer ethics, but I put it off. I put off the discussion because it was so disheartening. I was witness to the bad and the ugly, but recently I experienced the good… in fact the very good. Given the nature of my most recent experience I felt I could share my stories so that there was some perspective if not balance. After all I didn’t want to leave you feeling as disheartened as I had and I wanted to highlight an example of where photographers acted their best, exemplifying how our community could be and should be… all the time.

The Bad & The Ugly
Less than a year ago I was in one of my favorite locations, Glacier National Park. It was one of the few times I’ve had the opportunity to visit Logan Pass, home to amazing high altitude meadows. The scenery in this location is jaw dropping with craggy mountain peaks of exposed rock towering above fragile green meadows filled with alpine flowers and softly running creeks and waterfalls. At certain times of the year visitors are confined to boardwalks to minimize foot traffic across the meadow helping them stay healthy and productive. 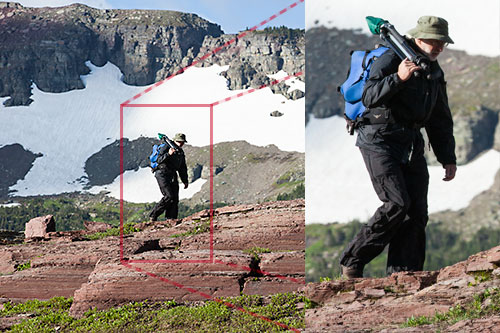 On the morning I was visiting I witnessed a photographer walking across an area outside the permitted boardwalk, along a perpendicular stone ledge (non continuous) that stretched out to the small valley below. He was returning to the boardwalk. As it so happens the valley below is home to a highly sought after waterfall to photograph. I approached the photographer to let him know that the meadow was closed in case he missed the signs and to make small talk as opposed to being confrontational. Here the wild ride begins and to keep it short I’ll summarize the events that transpired in our conversation:

Fortunately on this trip I had enough information and experience to know that the photographer I had run into was unscrupulous and untrustworthy. It was a very unfortunate encounter, but one that was an eye opener to a side of photography I’ve rarely seen.

The Good (If Not Great)
Recently I ventured out to Lassen National Forest to photograph the annular solar eclipse. The goal was to see the moon centered over the sun revealing a perfect ring of fire around the moon. I had an idea of where to go to make this happen, but not an exact location. Referencing a NASA Google Maps mashup I found a stretch of highway that would allow me to get well positioned to get the photo I had in mind. After driving 5 ½ hours I knew I was in the right place after seeing a small cluster of photographers and astronomy enthusiasts set up at a turnout. What made me realize this was the spot? Easy the astronomy enthusiasts had gigantic telescopes, up to 16”, set up. 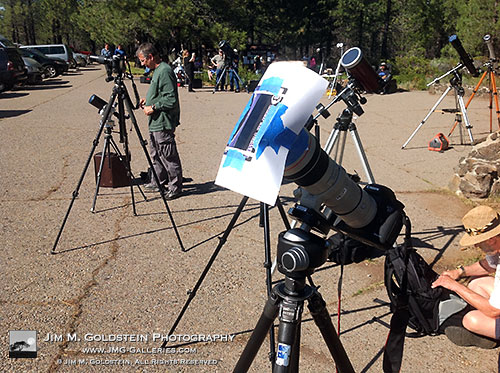 I arrived with an hour to go before the eclipse began, but after I set up my camera I realized I was not going to be capturing any photos worth my while. My plan to stack two vari-ND filters on my 400mm lens was a failed plan as it was introducing too much reflection and ghosting of the sun. Before I gave up hope though I talked with the people around me who knew what they were doing. While I didn’t know any of the people around me, they were well versed in photographing solar eclipses and I was able to glean enough information from them allowing me to create a makeshift solar filter from a pair of eclipse glasses I received from a friend. By holding the filter over my lense I was one step closer to getting a decent shot.

2 minutes later another photographer came over to set up his camera. Space filled up quickly at the rest stop so I offered to remove my extra tripod & camera so he could set up. We got to talking and low and behold he lived about a mile from me. Seeing that I was holding up a filter to my camera by hand he offered to give me a piece of thick paper, blue painters tape and scissors. I instantly took him up on his offer and made an impromptu custom fitted solar filter from my eclipse glasses. It was because of the generosity of several people (my friend providing the eclipse glasses, a stranger providing various supplies and the collective knowledge of the people around me) that allowed me to successfully photograph my first solar eclipse.

Final Thoughts
Back when I was in Glacier National Park it seemed that the ethos of fellow photographers were as bad as they could be. My outlook on the photography community was at an all time low. After my time in Lassen my faith was completely restored. Yes there are always bad apples out there, but at the same time there are some incredible people who are always happy to help.

Over the past year I’ve continued to probe and experiment to see exactly what is the state of ethos and camaraderie amongst photographers and along the way I’ve learned a few important things that lay the foundation to the “good” (if not great):