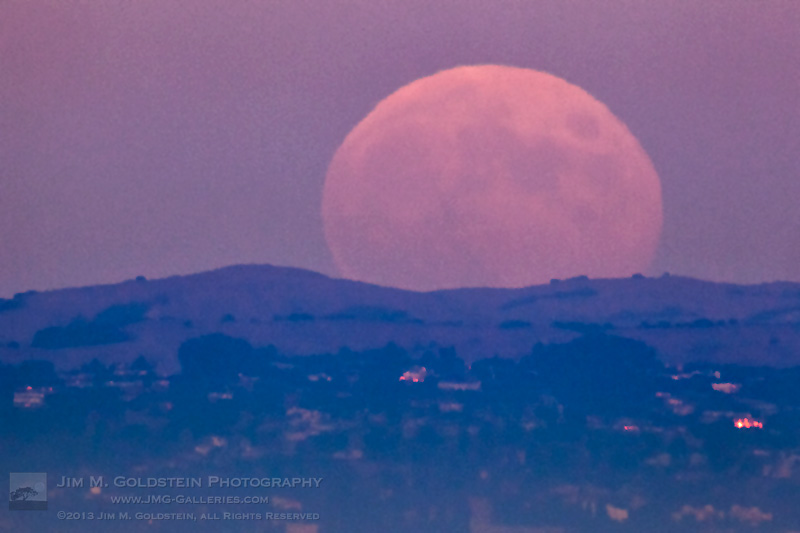 Last nights Hunter’s Moon was quite beautiful. I ducked the fog of San Francisco by heading slightly south to watch a big purple and later orange moon rise above the East Bay hills.  Air conditions weren’t as good as I had hoped for clarity, but the particulates in the air sure helped accentuate the color. If you missed the full moon last night look again tonight, you won’t be disappointed. 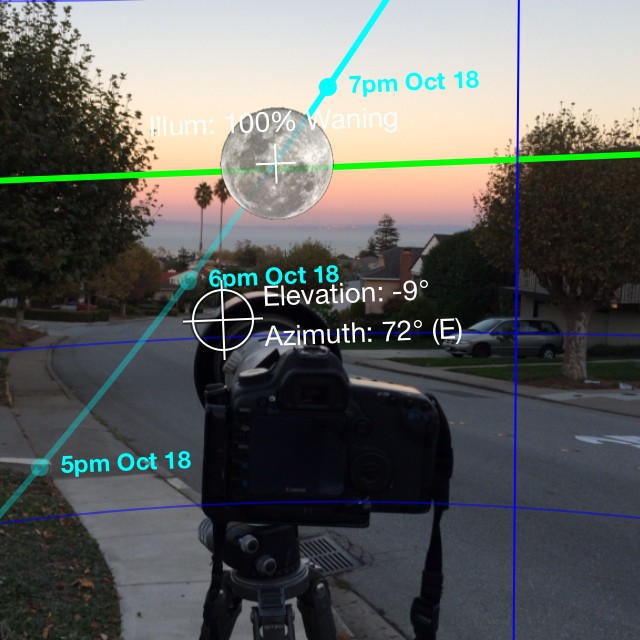 Checking my position with the Moonseeker App

In a mad rush (I’d like to say it was planned and orderly) I found an opening before moonrise and confirmed the moon would rise in that spot. 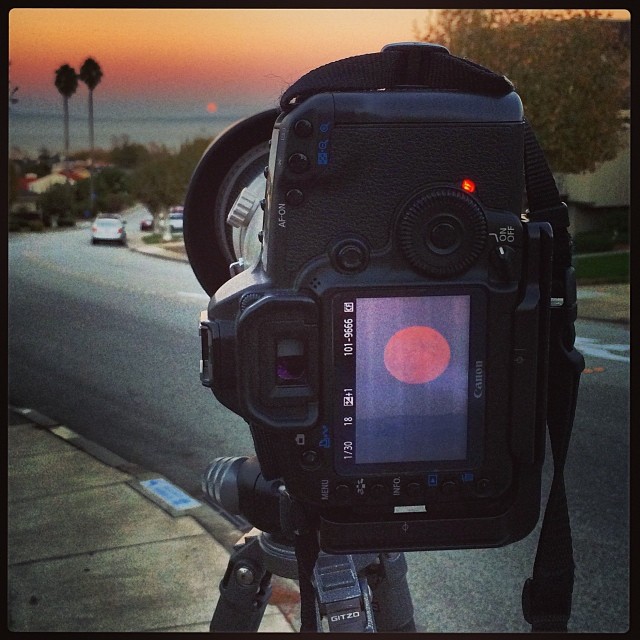 The earth rotates 1 degree every 4 minutes so the moon will move equal its diameter in 2 minutes. That sounds like a good amount of time, but in actuality its incredibly fast. I took numerous pictures and reframed both for photos with the horizon in the frame and for clearer images of the moon higher in the sky.