Exhibit & Book Not To Miss – Carleton Watkins: The Stanford Albums 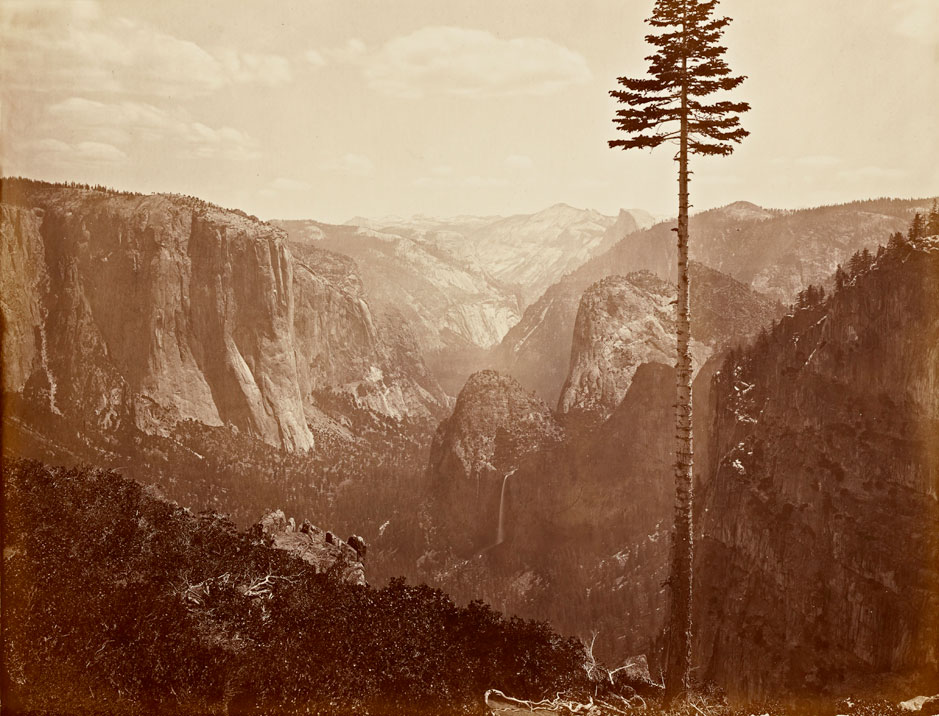 There is a lot we take for granted about National Parks, in particular the likes of Yosemite National Park, which are steeped in history particularly in the realm of nature conservation. If you’re a fan of Yosemite you may already know this year is the 150th Anniversary of the Yosemite Act of 1864. This single piece of legislation put the wheels in motion for the  eventual creation of our National Park system with the help of then U.S. President Abraham Lincoln.

What is particularly fascinating about this anniversary is that it may never have happened without Carleton Watkins photographing Yosemite in the early 1860’s with a camera capable of producing stereo views and another camera capable of holding 18×22 glass negatives. These 18×22 plates became known as the “mammoth plates”.    Watkins had a rough ride of it as a professional photographer losing his studio in the great San Francisco earthquake of 1906, but some of his photographs survived. (3) three of his albums reside at the Stanford University Libraries and select photos from these albums are now on display through August 17th, 2014 at the Cantor Art Center. Even more notable for Yosemite fans worldwide is the release of these 3 albums via a large format photo book aptly titled the Carleton Watkins: The Stanford Albums. Remarkably this beautiful large format book, containing 280 pages, is only $40. I received my copy this past week and it’s amazing. I highly recommend it both for the beautiful photos, rich history, and fine quality of the book. Before there was Ansel Adams there was Carleton Watkins and his photos are a rare glimpse into Yosemite Valley’s past.

Side Notes
What did I find so amazing about the images in this book?