The Big Move: Reliving Techs Past

What happens when you move? In my case you rediscover old tech that was put away and forgotten in the deep dark recesses of my home. The past couple of months I’ve been focused on moving my family for the first time in 15 years from San Francisco. While my nuclear family isn’t even 15 years old, I’ve been married 10 years and my oldest child is 5, I did surface some very old tech dating back nearly 30  years.  As you can imagine my wife is not as big a fan of old tech as I am.

So what did I find? Too much to cram into a single post, but here are some highlights. Maybe if you’ve been around as long as I have you’ll find some of these amusing. For everyone too young to remember this stuff it has to do with computers before the Internet, when floppy disks were the norm, hard drives were a luxury and the Internet was accessed by phone via a modem.

My first computer – Macintosh Plus circa 1986. Black and white, but it ignited my curiosity for computers and technology 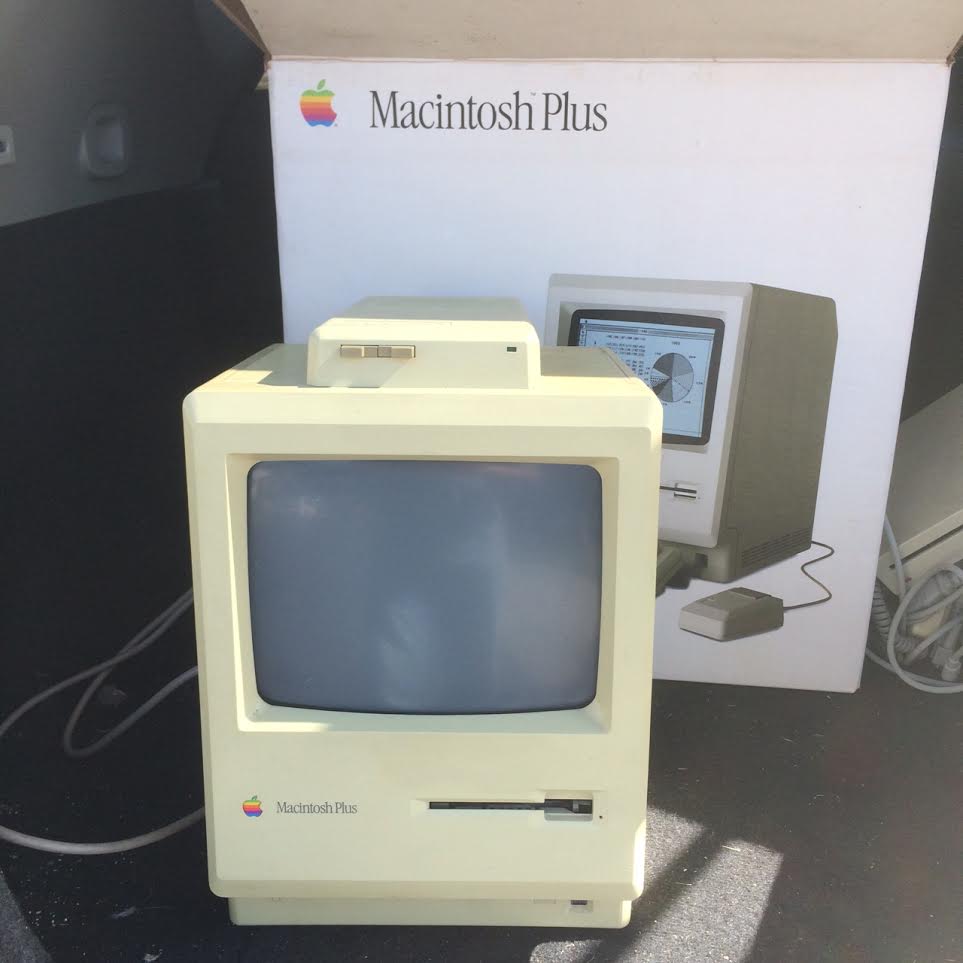 My first computer the Macintosh Plus (circa 1986)

In college my first computer was a Macintosh II. This was Apples first computer to support color (once you paid $600 for the 1MB RAM upgrade) and this beast of a machine cost as much as a new car. Totally worth it! 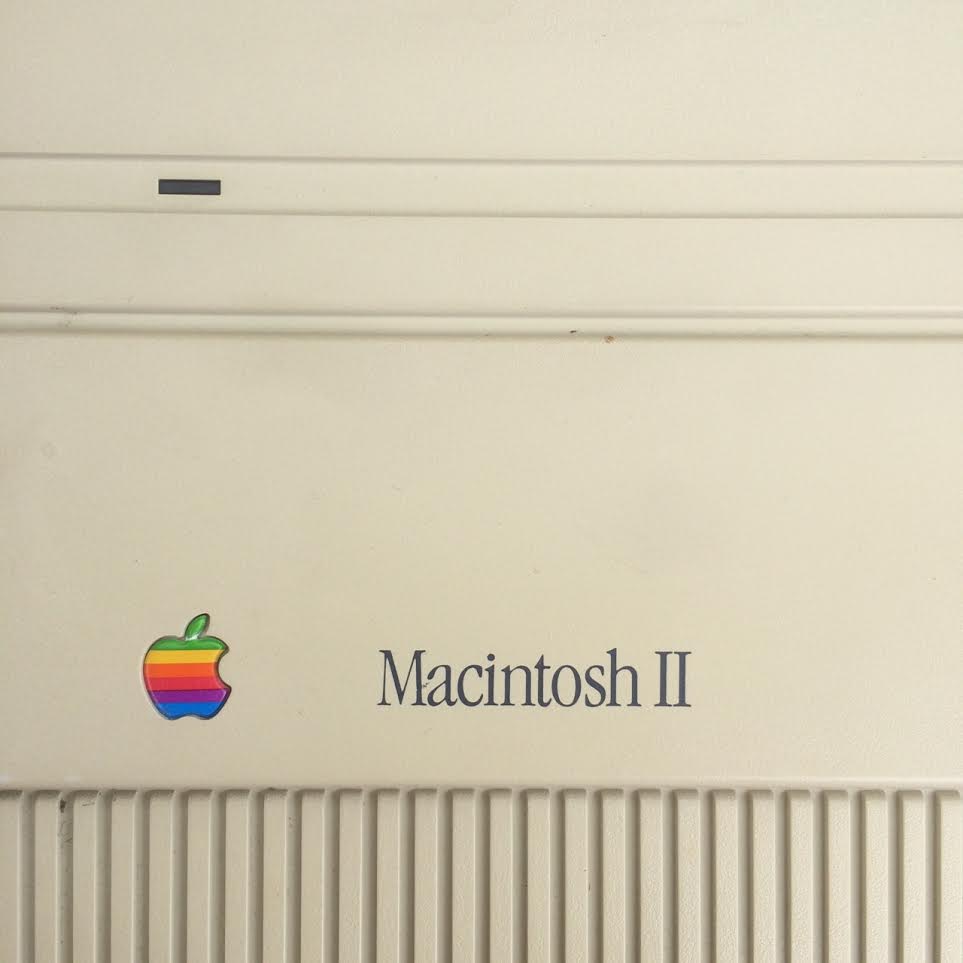 My MacPlus wasn’t of much use without this software. At this point Apple and Microsoft weren’t at war. I could actually do homework with this when I wasn’t sneaking in a very early video game or two. 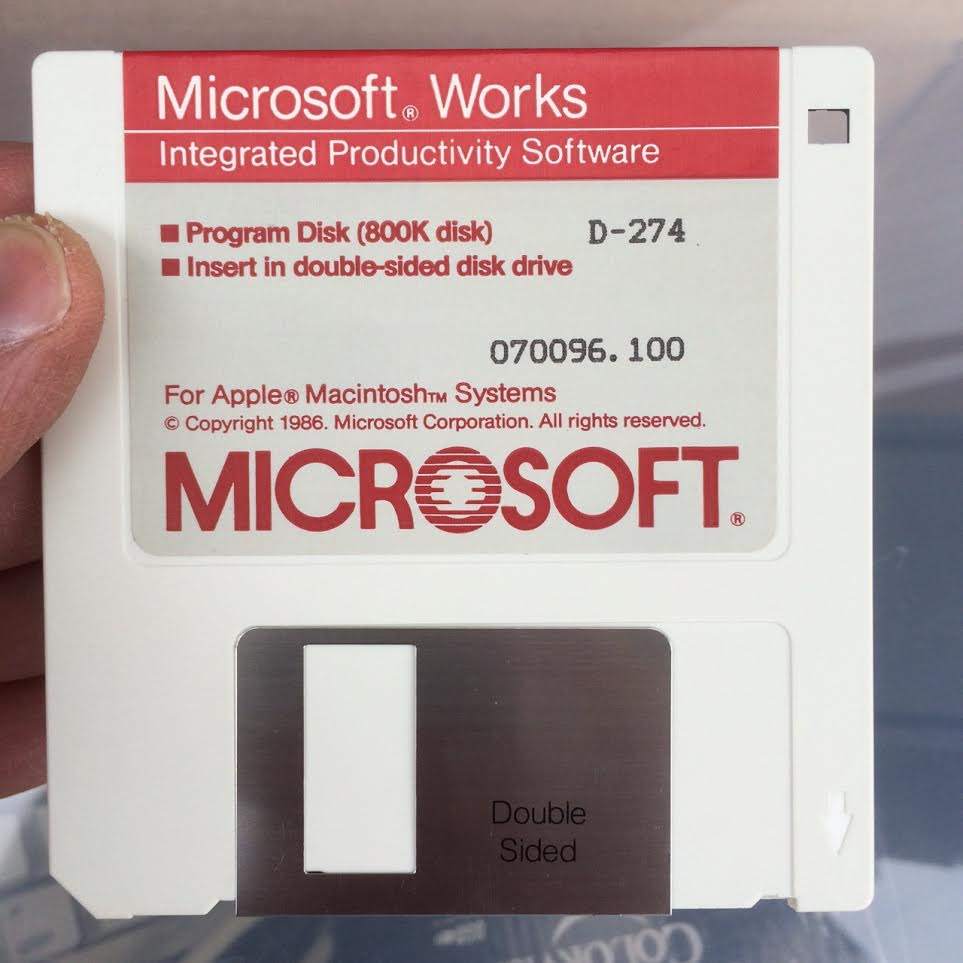 Back when Internet access was logged in hours because it took sooooooo long to access anything with a phone modem. I was quite the nerd and never used either of these services using my college dial-up instead. It was tempting though…. 15 hours free!!!! 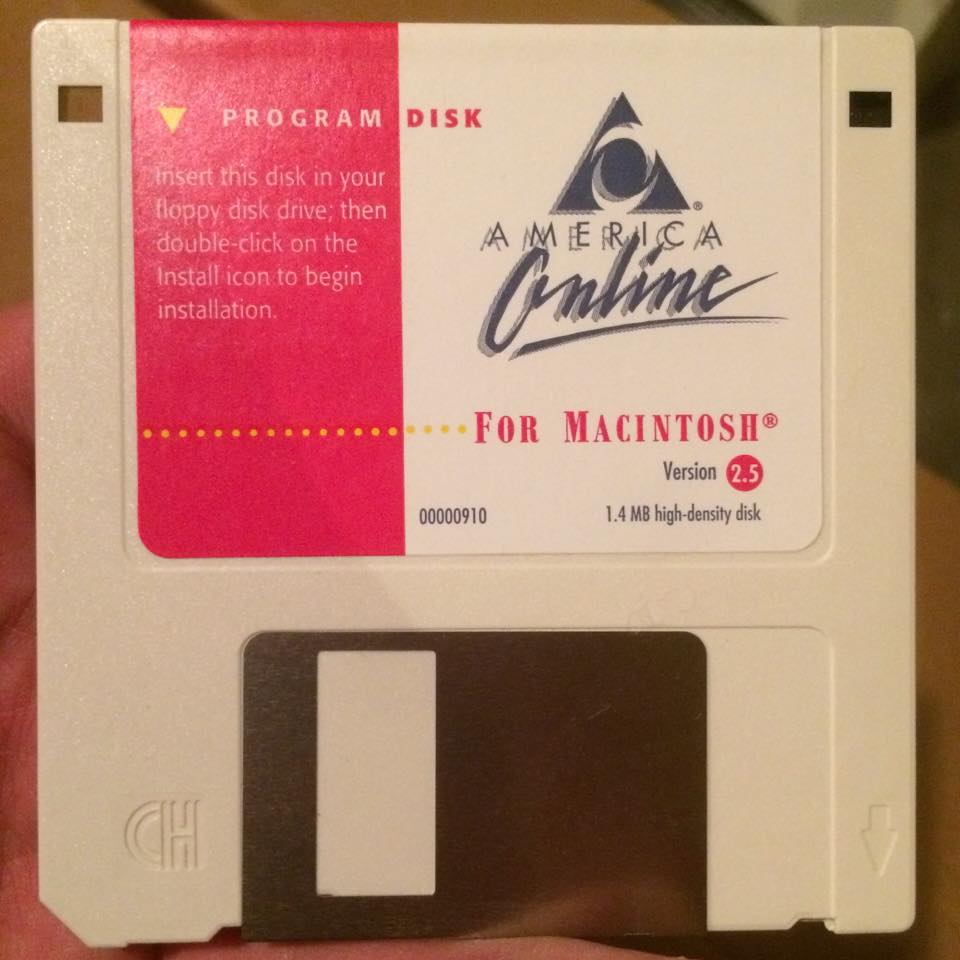 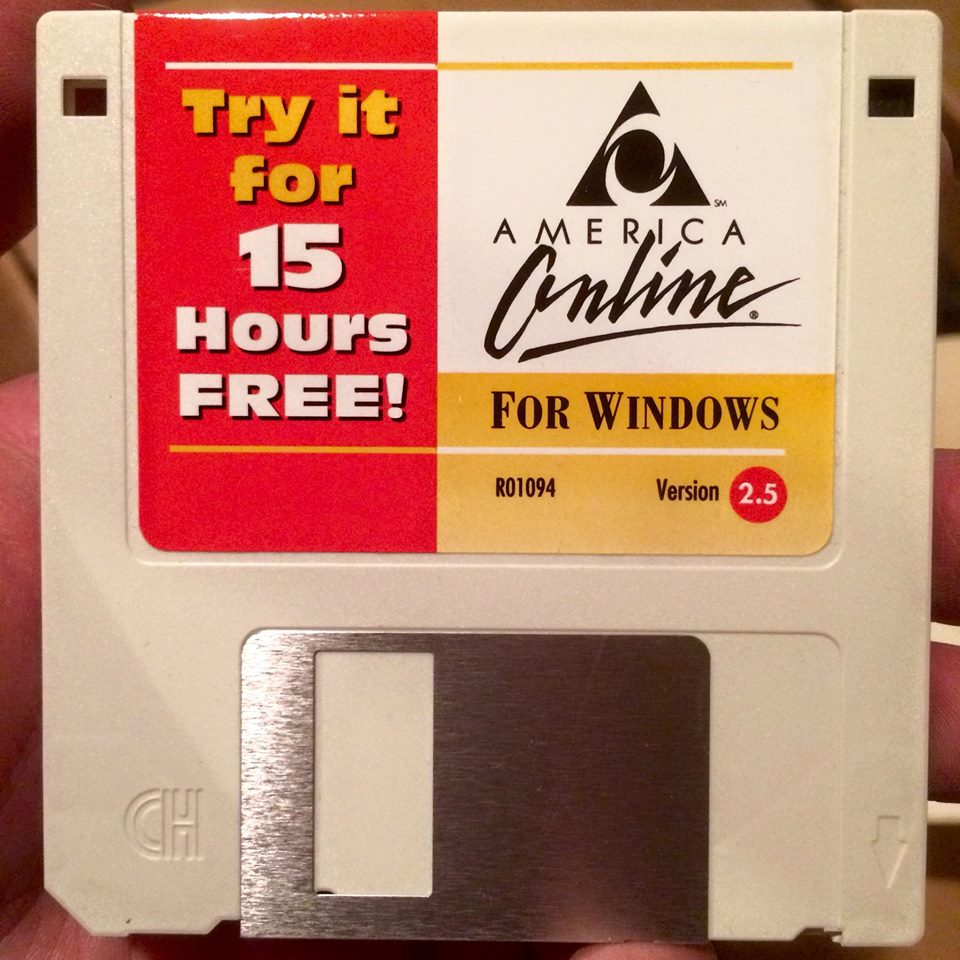 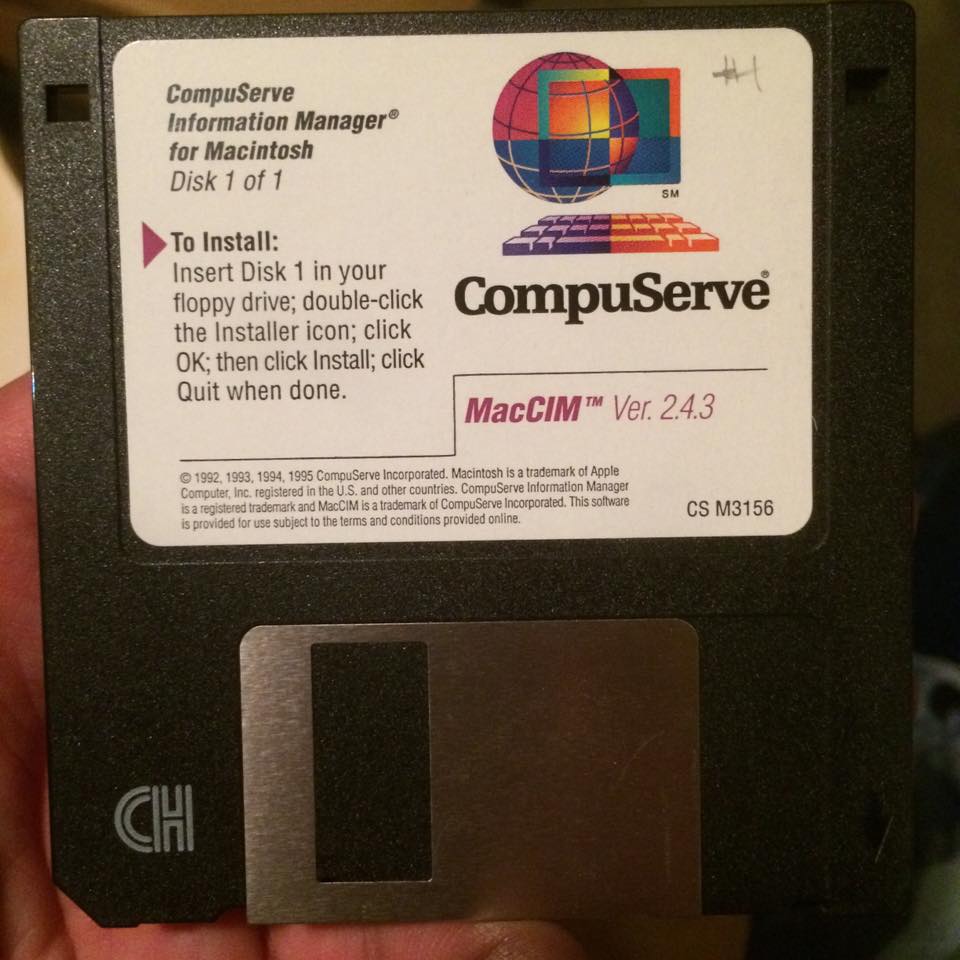 My backup copy of the first web browser Mosaic. Funny story is that when a friend showed me Mosaic in a research laboratory I thought it was lame because there was no content yet to really show off its capabilities. Loading an image took forever when you could find one.

Before Photoshop 1.0 there was Photon Paint. It never took off, but it was one of the first applications in 1988 that supported color image editing and painting. Worth checking out the Photon Paint Wikipedia page to see how dated the technology was. 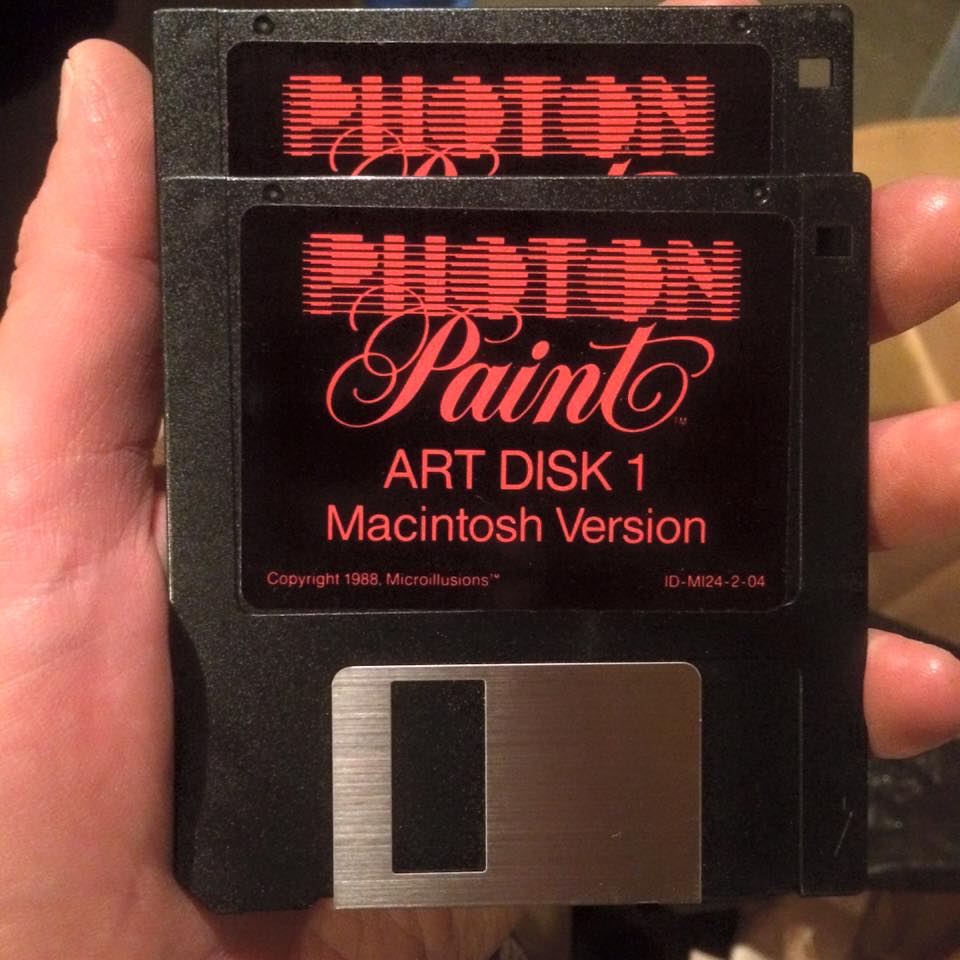 I have tons of old software backups on floppy disks, but this is the oldest copy of Photoshop I’ve found so far…. version 2.0.1. Back then it took only (6) 800K disks. After using Photoshop there was no going back it was only a matter of figuring out the way forward to keep using this technology. Years later I got into photography and merged my passions. 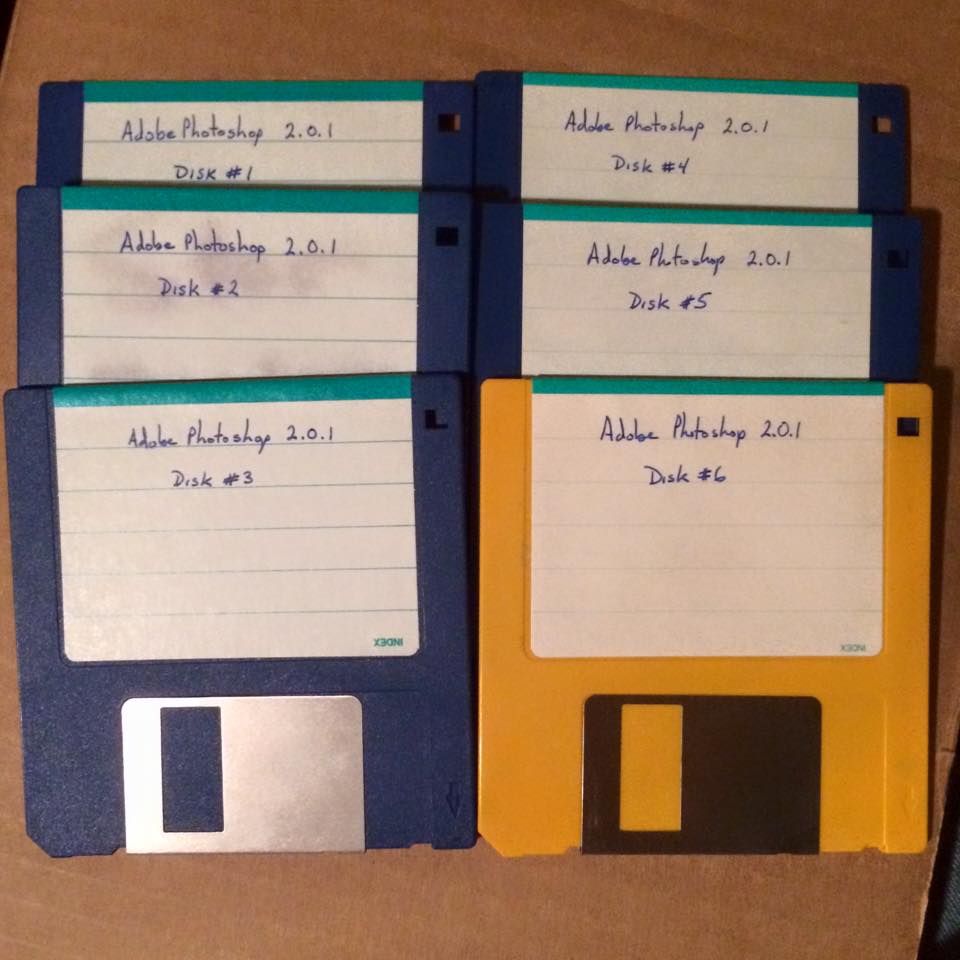 Nostalgia aside my office is almost complete. Soon I should be back to normal routine again that doesn’t involve me moving or  unpacking boxes. Pictured are my (2) 5 hard disk enclosures, an old 23″ Apple monitor, my NEC 3090WQXi monitor, Epson V700 photo scanner and Evodesk standing desk. 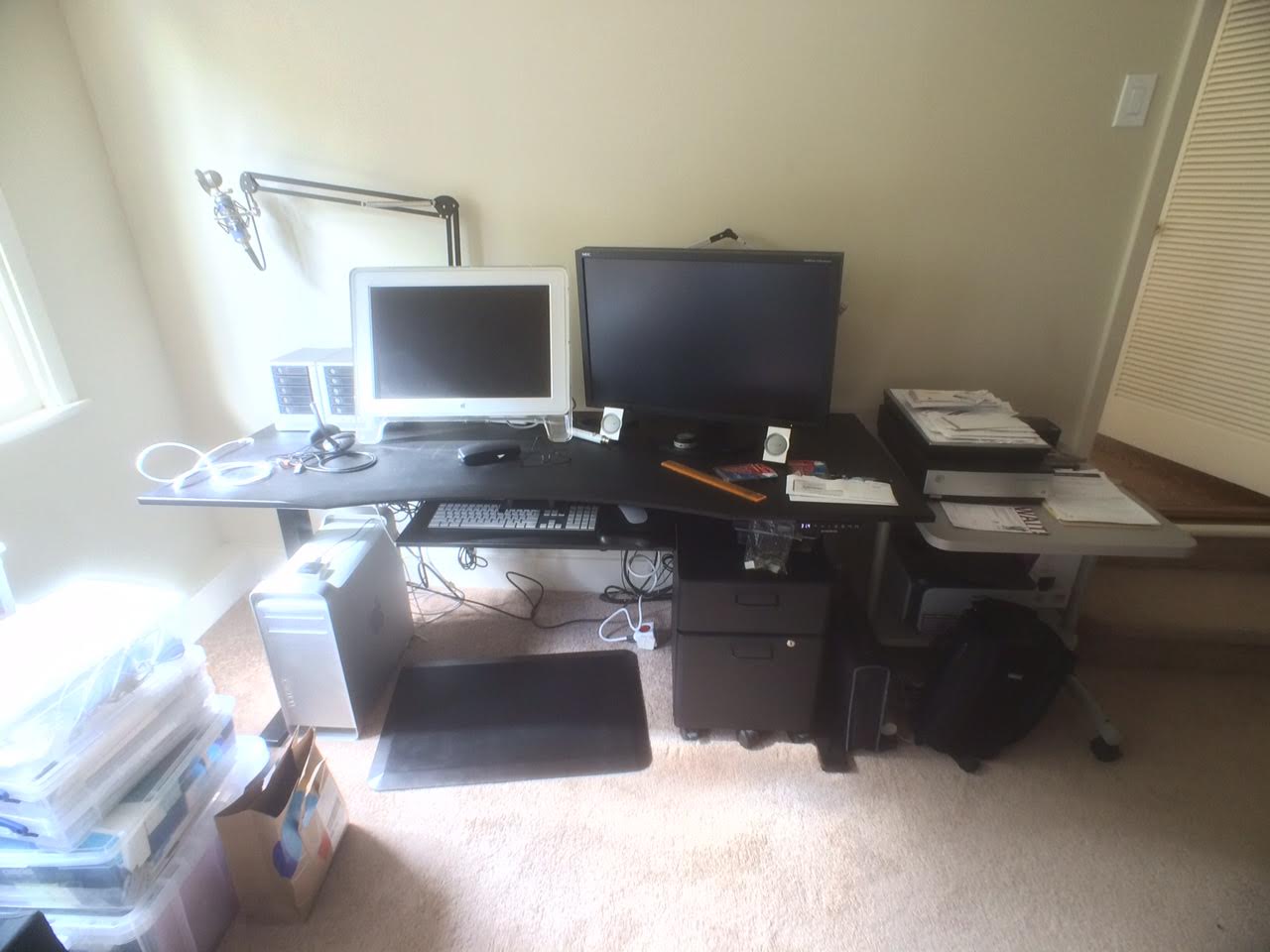 Once my office is back together I’ll have to figure out what to do with my old 80/90s software archive. Any recommendations?