I consider myself lucky to have been include in a select group of folks randomly selected at the Adobe Photoshop 20th Anniversary celebration to receive a copy of Photoshop 1.0.7 for the iPhone. Thanks to Adobe’s Russell Brown for the creation of this retro application for the iPhone (or at least announcing the news of it… seeing as it was actually made by development firm named Corona).  So what’s the fuss about this app? 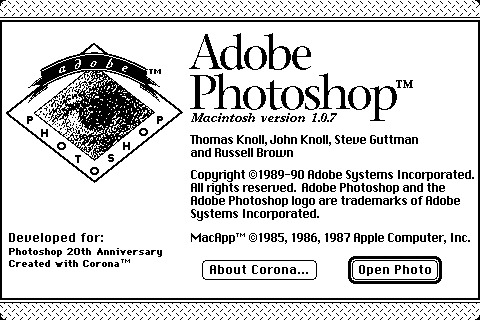 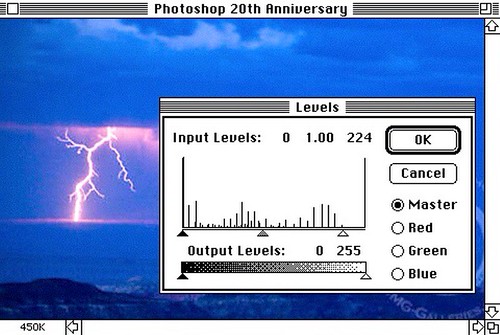 Now that I’ve laid the ground work as to why you shouldn’t be upset Photoshop 1.0.7 is not widely available let me tell you why it’s cool. 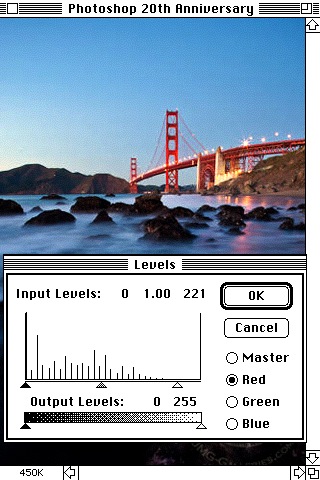 Yup that’s it. This app highlights one function of the original Photoshop app. Nothing more and nothing less. Other photo apps that are currently available do tons more. This app hardly will become a part of my standard iPhone photo editing workflow. But if you’re a tech geek… meaning you grew up using Photoshop & old macs and still hoard old equipement and software (please don’t tell my wife) then you’d love this app. How long I’ll be inclined to show my buddies this app at bar-b-q’s and various tech events I don’t know. The shelf life might be quite short, but the inner geek in me loves it.