One interesting aspect of the natural world that can wreak havoc with our ability to capture a sharp image is the phenomenon of atmospheric distortion. Atmospheric distortion is particularly troublesome for photographers using longer lenses or telescopes. Temperature variations in the air, whether at ground level or in the upper reaches of our atmosphere, will refract light creating a blurred appearance to our eye. While this fluctuation of light may look cool on video it is a still photo killer.

The physics of this phenomenon is quite straight forward. 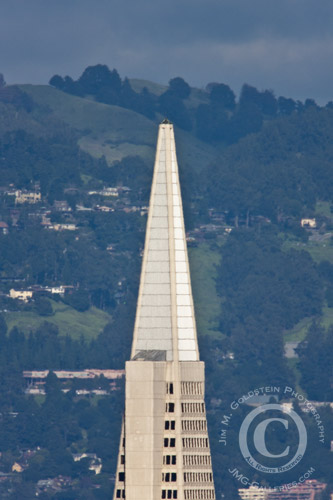 To exemplify this effect there are 3 photos in this post. The original (above) was taken with an 800mm lens I rented from BorrowLenses.com. The following two photos are 1:1 crops of the original to highlight the impact atmospheric distortion can have at different distances. 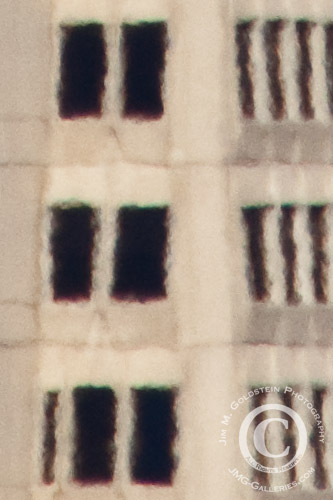 As you can see the density fluctuations in the air resulting from the rising warm air and sinking cool air refracts light in such a fashion it is impossible to attain a sharp image. The Transamerica Pyramid building (above) was approximately 4.6 miles away in this photo, while the home in the Berkeley Hills in the background of this image was approximately 14.25 miles away. The extra 10 miles of air amplified the refraction of light a bit more and appears even softer when combined with the an image that isn’t employing maximum depth of field. In each of these instances the geometry and straight lines of the architecture highlight the impact this type of distortion can have on a photo subject. 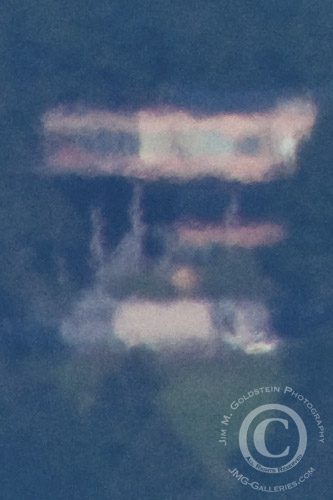 The takeaway from this particular example is that if you’re photographing a landscape, nature, wildlife or astrophotography subject be sure you’re aware of factors that can result in atmospheric distortion (weather conditions, time of day you’re shooting, etc.) Alternately if you’re shooting with a camera that also can capture video, experiment filming this phenomenon. Seeing the light fluctuate in video is always better than seeing a blurry still photo.