Today’s guest post is by John Wall, an avid & dedicated nature photographer, who loves exploring California. I first saw John’s work on Naturephotographers.net and after several years of online interaction learned he lives just 3 blocks from my house. Be sure to check out his blog John Wall’s Natural California and John Wall’s Flick photostream for some inspiring images taken across California.

I feel like I’m about to write an obituary for a place I hardly got to know, the Antelope Valley California Poppy Reserve. I first stumbled on the Poppy Reserve in 1994 but was a little too early to catch the poppies gone wild. Still, my girlfriend and I had the place to ourselves, and the solitude, as always, was excellent. When I passed by ten years later I was even earlier, and although I got skunked on poppies I was pleased to spot a donkey standing in the middle of the road, in the middle of nowhere. 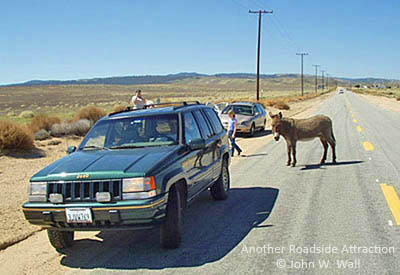 It probably won’t be the middle of nowhere much longer. The Fairmont Butte Motorsports Park is going to pave a 3.6-mile racetrack through the landscape and attract a much speedier breed than wandering donkeys and people looking for peak wildflower action. The Los Angeles County Planning Department has finalized the environmental review and will take it to the Planning Commission for approval this Saturday (June 9). As racetrack opponents continue their uphill battle, their next stop after Saturday’s meeting will likely be the Board of Supervisors where the project could receive final approval — or not.

I heard the poppies were great this year. I hope I haven’t missed my chance to enjoy them in peace. 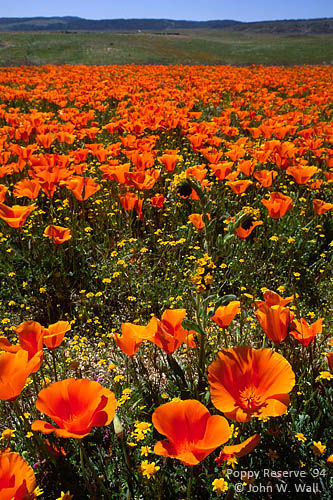