Seeing vs. Photographing the Moon: The Moon Illusion 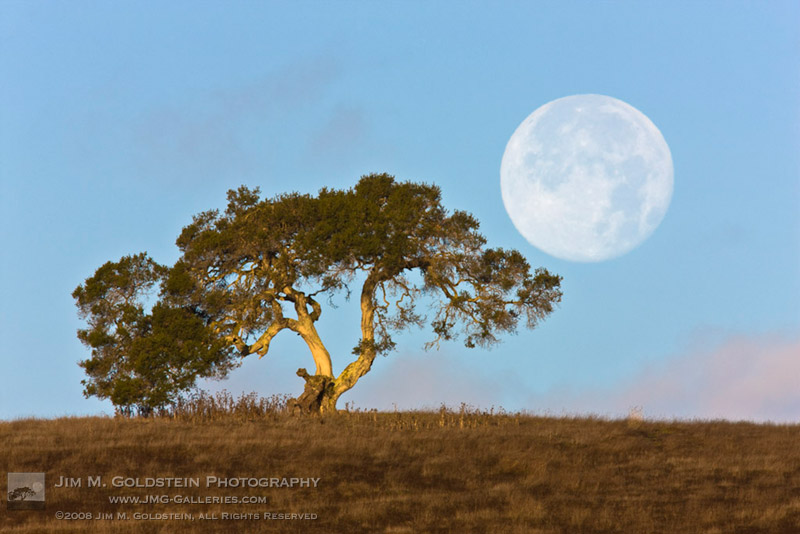 One of the more intriguing visual phenomenon is seeing a giant moon on the horizon. One might think that there is some physical explanation as to why the moon is larger when low on the horizon, but its actually a visual illusion where your brain is playing a trick on you. This illusion is aptly called the “Moon Illusion“. This illusion is incredibly well explained in the following video:

So how do people capture a super large moon in their photographs?
There are a few ways:
1) Use a large telephoto lens to photograph the moon so that it fills a larger portion of the frame
2) Add the moon to a scene using the in-camera technique of double-exposures
3) Use a Photoshop or other image editing software to composite two images together.

No one way is right or wrong as the end result pursued is at the creative discretion of the photographer. Still some people can get confused between real and altered photos to display large moonscapes. The photo at the top of this post was taken with  a 600mm lens and 1.4x teleconverter for a net focal length of 840mm. The photo below was taken with a 70-300mm lens employing my film cameras double-exposure functionality. 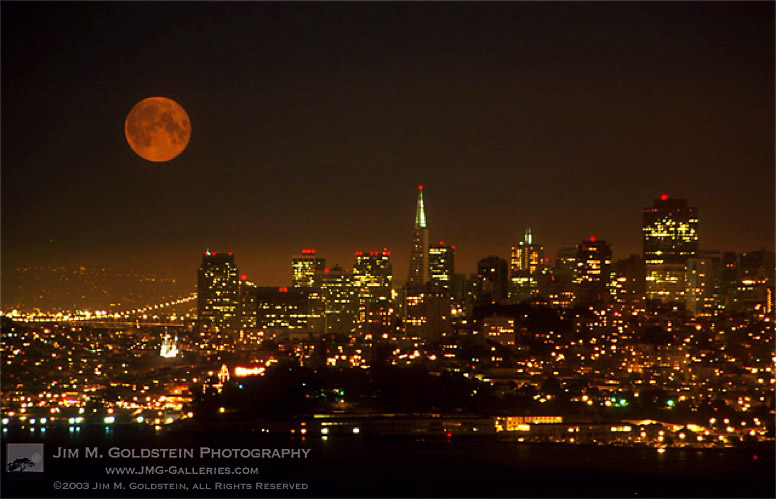 Photoshop clearly can provide the fastest path to high impact photos, but not always the most natural rendition. A perfect example of this is comparing the two images of a moon above a Los Angeles skyscraper taken at 105mm. Moon photo composite made with Photoshop versus a straight 105mm photo of the moon. Clearly the first image has had some artistic license applied while the second is a straight representation of what a 105mm lens can capture. 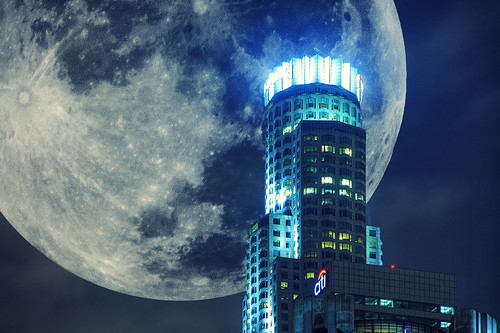 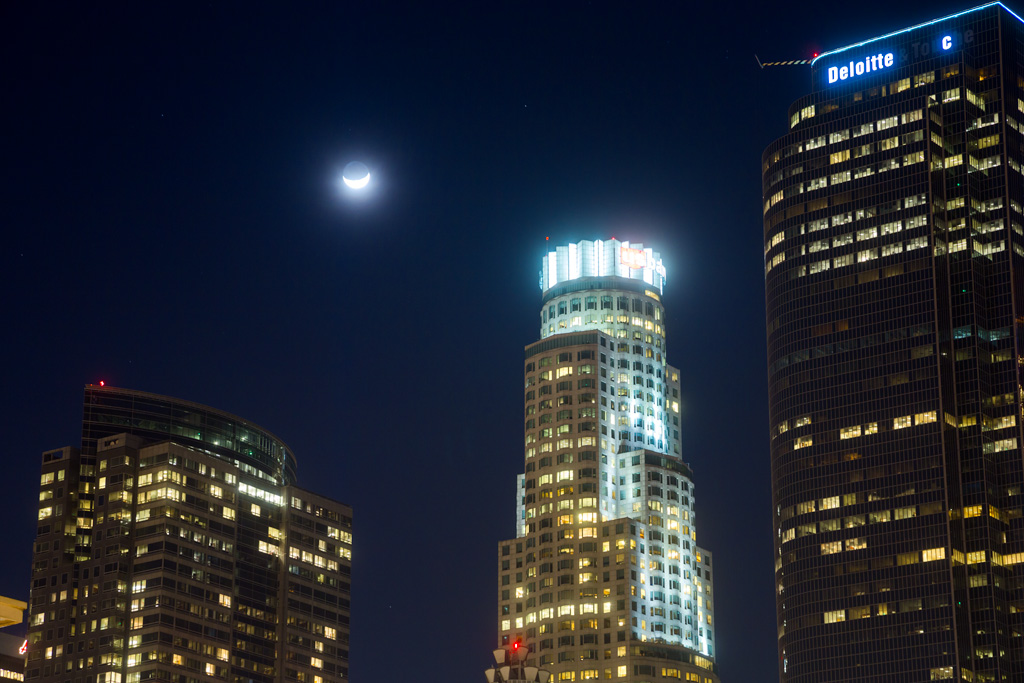 All in all photographing the moon can be incredibly challenging and fun. How you represent the scene you see with your naked eye is up to you, but take into account the “Moon Illusion” when creating your final photo. It might just explain why what you see in your photo doesn’t match up to your memory of the scene.

About the Author
Jim Goldstein is a professional photographer and author, based out of the San Francisco bay area in California, who specializes in outdoor and nature photography. Passionate about nature and the environment Jim infuses elements of the natural world into his commercial, editorial and fine art work. For more follow Jim on Google+ | Twitter | Facebook | Instagram | Subscribe
Social Share
7 Comments
Copyright © JMG-Galleries – Jim M. Goldstein Photography, All Rights Reserved