As is customary I spend the end/beginning of the year reviewing my best photos of the year. This year I had less time to focus on personal projects than in years past, but one thing that I’ve continued to focus on is making the outdoor experience as fun as possible for my boys who are now 6 and 2. Considering both ask regularly to go camping and explore new areas I’d say that project is a great success. My photo projects as of late have been seasonally focused with most of my “best of photos” taken in the first half of 2016. Unfortunately 2016 wasn’t the best year for our family with much of our travel plans devoted to being with a terminally ill family member who passed in the Fall. 2016 was a bittersweet year to say the least with our outdoor and family travels. With some luck 2017 will be more sweet than bitter.

With out further delay here are my best of the year… 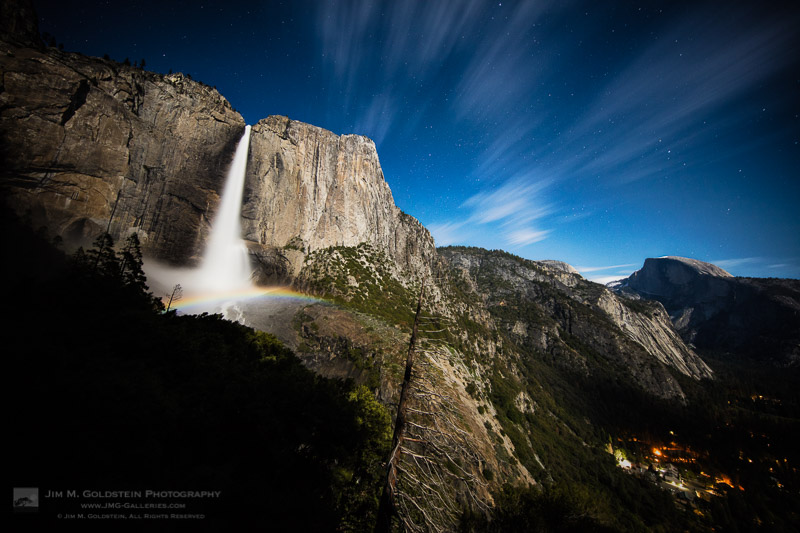 A moonbow spans across upper Yosemite Falls with passing clouds and Half Dome in view.

This particular photo was taken on a late night shoot focused on timelapse footage of moonbows at Upper Yosemite Falls. After capturing a few sequences I hiked further up the trail to capture this view before calling it a night at 2 or 3 AM in the morning. 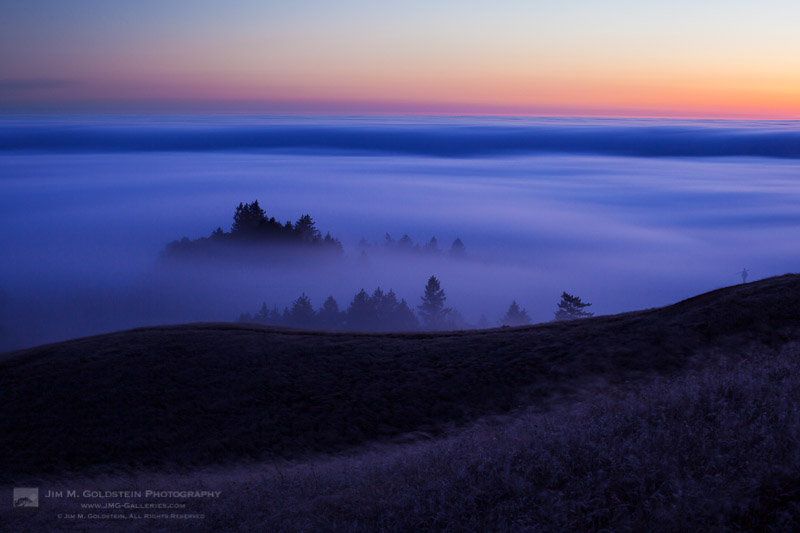 Taken as part of a Canon 5D Mark IV camera review on my All Things Photo YouTube channel. This photo was taken with my old Canon 5D Mark II. With a lot of photographers swarming about the hillside I was pleasantly surprised to capture the ghost of one in this long exposure shot. 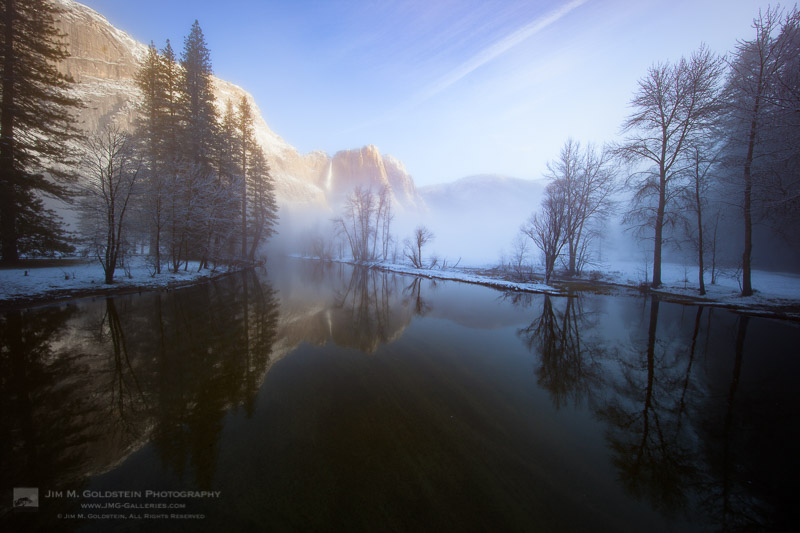 Several of my trips to Yosemite in 2016 were family focused. On this trip to see snow in Yosemite valley, photography took a backseat to enjoying the conditions with my oldest son. That said I did sneak in a few DSLR photos and this was one. Later on this very morning I cross paths with several photographer friends taking in a similar view. 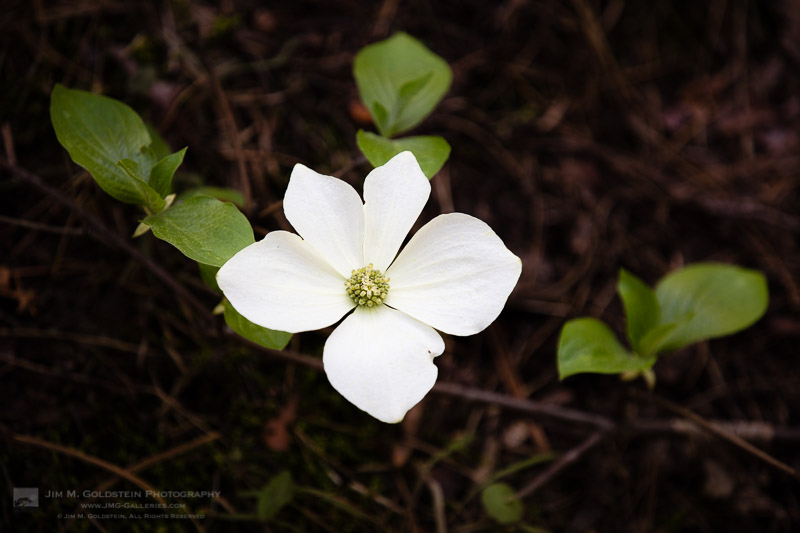 While I love snow in Yosemite Valley I’m quickly starting to think that April Dogwood blooms are perhaps the most beautiful event in the valley. It’s debatable. This image was taken with a Canon 5DS R during a beautiful Yosemite Dogwood bloom. While not visible in this web sized version of the photo the level of detail the Canon 5DS R provides is amazing. 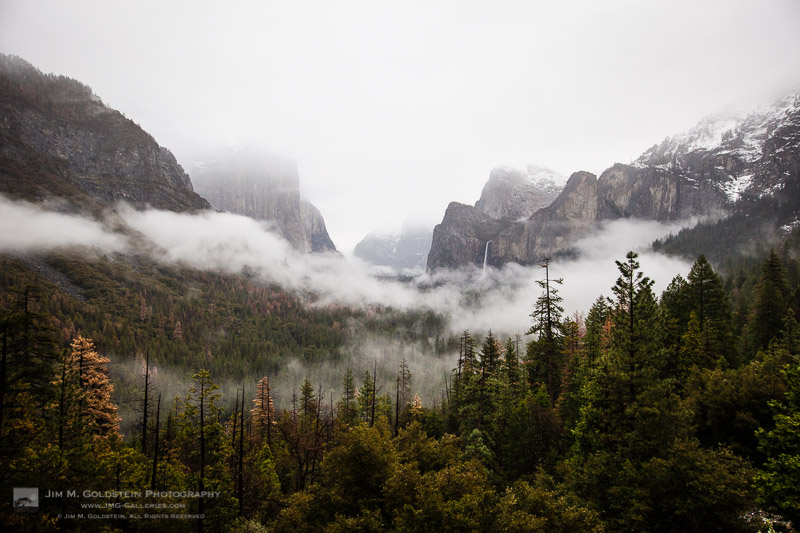 I seldom head to Tunnel View with the idea of taking any serious images, but deep in the back of my mind I know that you can never discount what unique weather conditions might yield. For fun I headed to this location with my son so he could take in the view. It didn’t take long to realize the melting snow was creating quiet a show with fog wafting about. I set up a quick timelapse and this is one image from the sequence. I was not disappointed with the resulting footage. 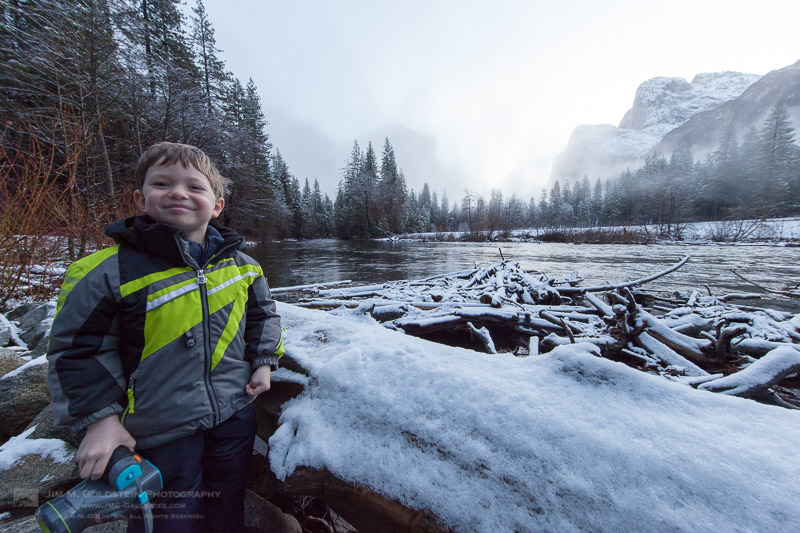 This makes it to the top of my family best photos as it captures the enthusiasm of my oldest son has for being out and about in the snow with me. It’s always fun to view the world through his unfiltered natural curiosity. 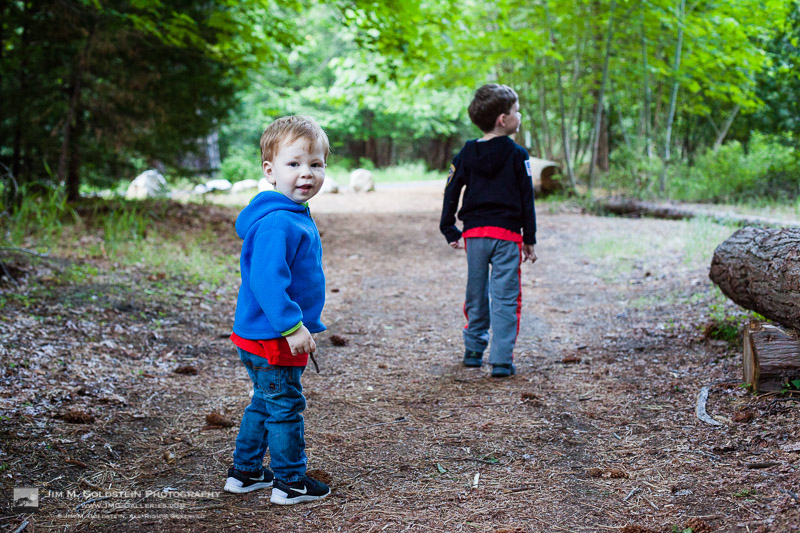 I was blown away by the great reaction my youngest son had on his first trip to Yosemite. With in the first 2 hours of our Spring trip he saw deer, waterfalls and giant trees. He could hardly contain himself after seeing deer and the rest of the trip he was reminding me to be quite by saying, “Shhhh! Quiet. Deer.” He also was quick to wake me up at 5am the next day throwing his shoe at my forehead saying, “More outside!” 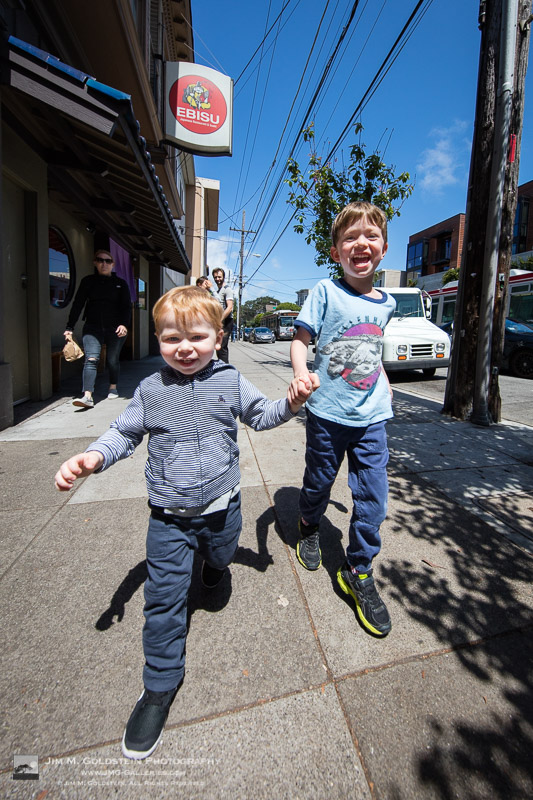 Just a fun photo of both my boys running, laughing and being in the moment in San Francisco. 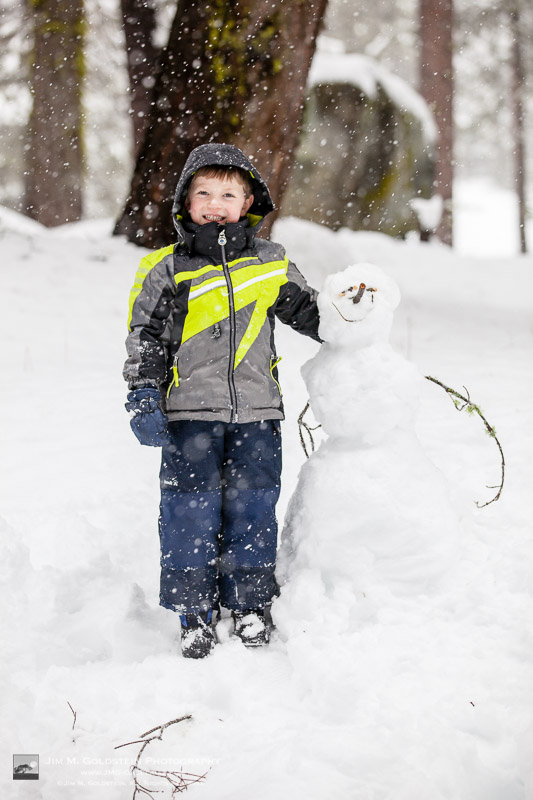 No trip is complete to the snow with out building a snowman. 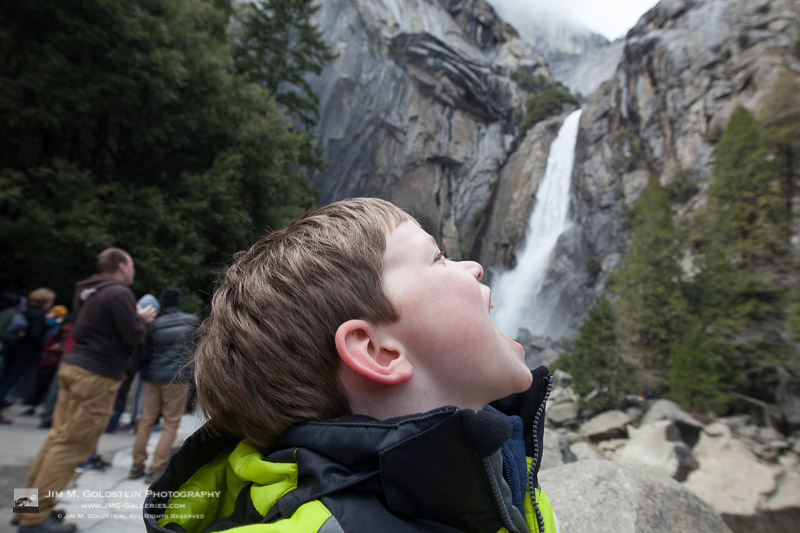 Introducing my oldest to the concept of forced perspective. Surprisingly he picked up on this quite fast and was pitching ideas for photos at other iconic locations including holding Half Dome in his hand at Glacier Point. 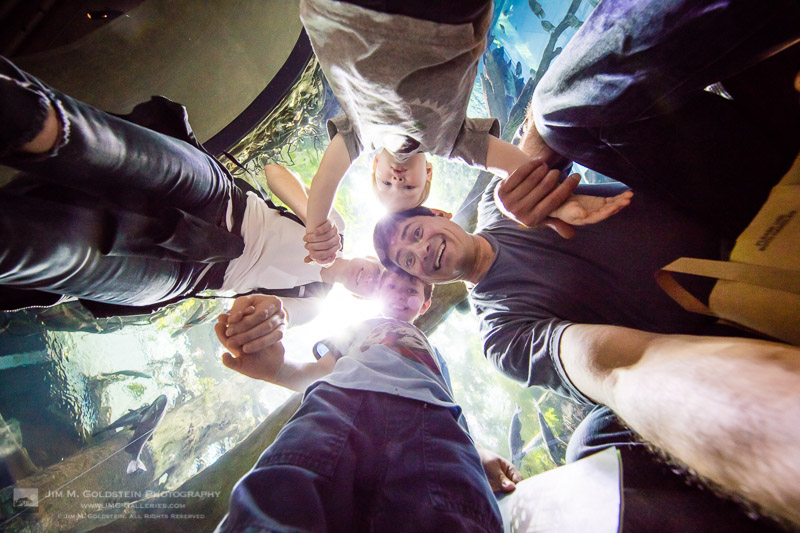 Fun at California Academy of Science with the whole family in their aquarium tunnel.

About the Author
Jim Goldstein is a professional photographer and author, based out of the San Francisco bay area in California, who specializes in outdoor and nature photography. Passionate about nature and the environment Jim infuses elements of the natural world into his commercial, editorial and fine art work. For more follow Jim on Google+ | Twitter | Facebook | Instagram | Subscribe
Social Share
33 Comments
Copyright © JMG-Galleries – Jim M. Goldstein Photography, All Rights Reserved