It seems like only yesterday that I first reviewed the camera in the original iPhone “Apple iPhone Camera Review: The One Thing Apple Isn’t Hyping“. At the time of the iPhone release 3 years ago I was not terribly impressed with the quality of the digital camera with in the phone and my opinion didn’t change with the lack of camera upgrade in the iPhone 3G. As part of the iPhone 3G S release the camera with in the phone has been upgraded and the difference between this generation and past generations is quite an improvement. Unfortunately not every short coming of the original iPhone camera has been addressed, but the vast majority of improvements warrant sharing another review.

Rolling Shutter
One thing that has not changed is the use of a rolling shutter in the camera. It’s not that this is horrible by any means, but it does translate to a unique facet of the cameras image capturing capabilities. Horizontal images of fast moving subjects or subjects where you’re panning quickly will warp as the shutter rolls to capture the scene. A rolling shutter was present in the iPhone and iPhone 3G and is here to stay in the iPhone 3Gs as well. For some this will be an annoyance and for others it will provide a new creative opportunity. 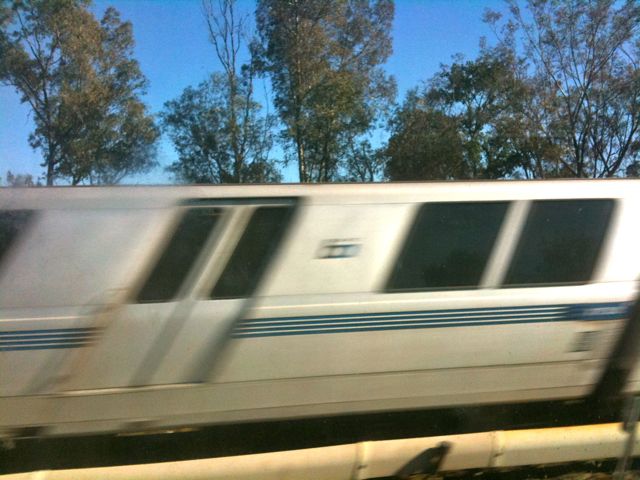 Resolution
It’s tough to ignore technical specifications of megapixels with digital cameras and the iPhone 3G S now boasts output of 3 megapixel photos. (See iPhone 3G S Technical Specifications) What is remarkable is that this resolution is greater than that of my first digital camera roughly 10 years ago and its now in my phone. We often take for granted resolution specifications and get jaded when it comes to phones. Sure I know there are other phone manufacturers that put in higher resolution sensors in their cell phones, but this step up gives mobile iPhone photographers a little more flexibility to crop photos or just print slightly larger prints. 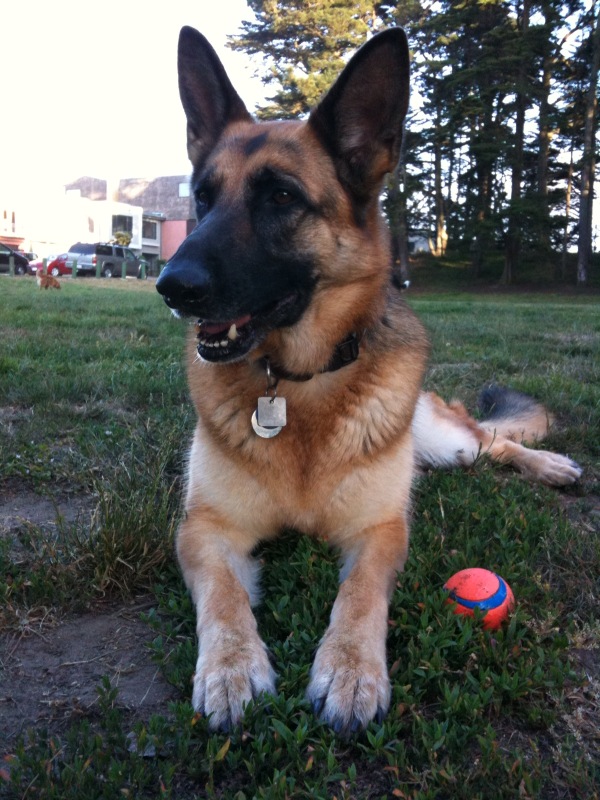 Note: This photo is not full resolution and has not been adjusted

Focusing Lens
This could be one of the biggest improvements in the iPhone camera. In past generations of the iPhone the lens was fixed limiting photographic opportunities based on how far or close you were to your subject.  The range in which one can focus is quite impressive and opens the door to a wider variety of subjects you can photograph.

Focusing Distance: Macro
Amazingly the focusing lens enables one to focus on a subject as close as an inch to inch and a half away. This opens up the possibility of exploring macro photography or capturing print for future reference.  I have to admit this aspect of the camera has really captured my imagination as of late. Past iPhones tended to focus on subjects roughly 18 inches away. Being able to focus on a subject inches away is impressive to say the least. 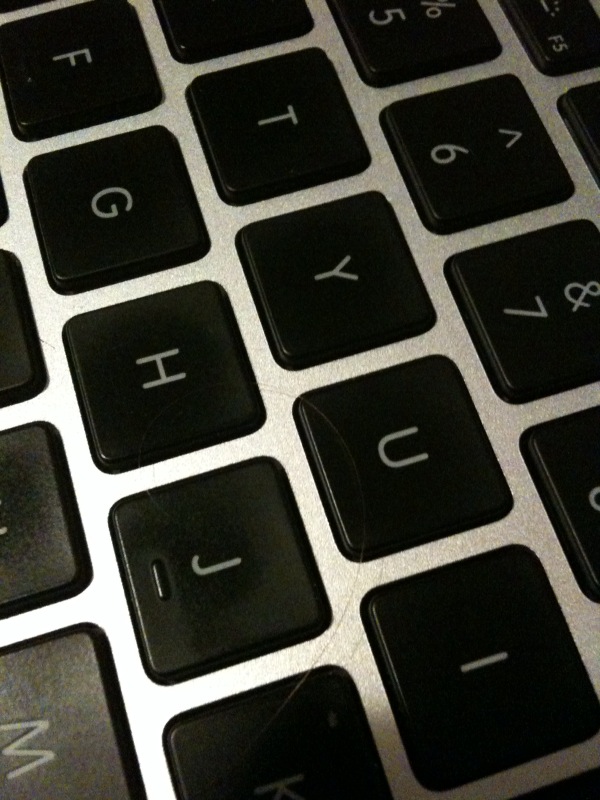 On Screen Focus / Exposure Selection
One of the coolest features is a touch screen focusing feature. While you can Point, Focus and Shoot like a standard digital camera the iPhone adds a feature to view your subject as you compose and touch the screen to identify the focal point. This level of focusing control ensures sharp images and creative control. 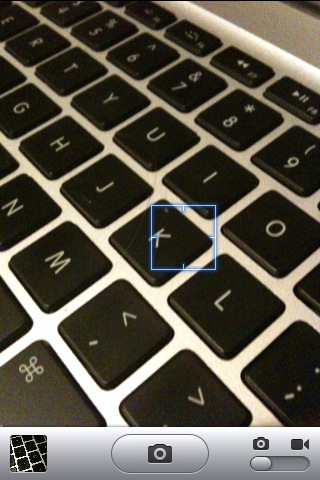 Low Light
Taking images in low light situations is easier thanks to features such as the on screen focus selection, but the output is still quite noisy in very dark situations. For a cell phone the performance is decent. The images are definitely a step above past performance of previous generation iPhones. As you’d expect your best bet is to use the camera in good lighting situations for best performance. 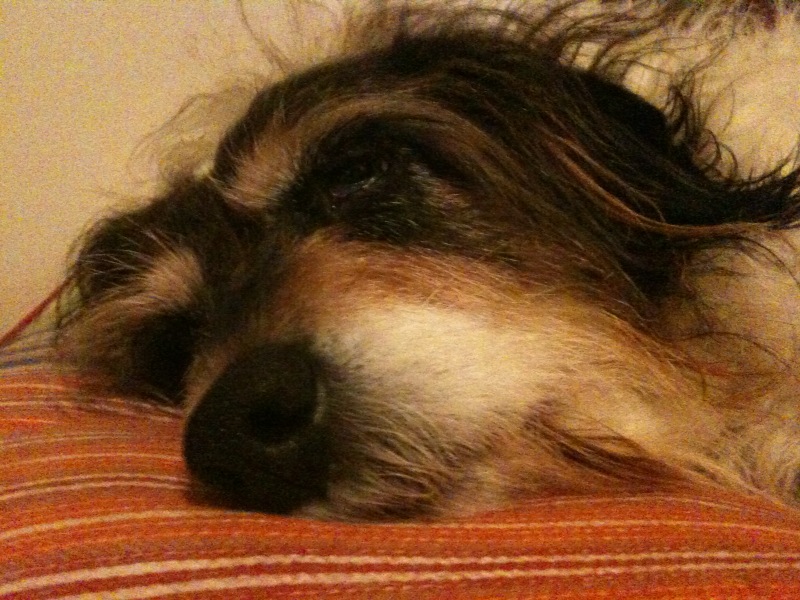 Video
Here in lies the biggest improvement to the iPhone. The ability to capture video puts the iPhone on par with other video enabled phones. Is the video as good as competitors like Nokia? I can’t say that the VGA output is on par with some of the Nokia N9x phones.  There is no zoom and output resolution is not HD. Where the iPhone lacks in resolution though it makes up in usability. The iPhone operating system facilitates the sharing of captured video through YouTube and cataloging of captured videos in iPhoto when docked. What has impressed me about how video is managed on the iPhone is the ability to edit/trim captured videos with in the camera. Editing is easy and it compliments the ease of video publishing to YouTube.

Overall Performance
One thing that is noticeable from the first time you start using the iPhone is how quickly applications load and how little lag there is when moving between applications. Processing intensive applications / functionality like video editing is quick and effortless. One thing that would consistently happen to me on the iPhone and 3G iphone is the sudden crash of Safari if I had memory intensive web sites open. After use of the phone for over a week I’ve yet to experience any sort of application crash providing a very stable environment to work, surf and play.

Concluding Thoughts
From a photographers perspective the iPhone 3G S is everything I wanted the iPhone to be when I first stood in line to buy one in 2006 2007. Camera performance is very good, image resolution is good and video functionality adds a dimension to the phone that was sorely missed. Offered in 16GB and 32GB options, capacity is in line with the functionality made available. While I tend to fill my iPhones to near capacity out of habit over time with some discipline there is more than enough space to make full use of the still/video camera while holding a sizable music and application library on the phone. The iPhone is undeniably a great mobile phone and I can now say, finally, that the camera lives up to the rest of the phone.

Stay tuned for my next blog post 11 Must Have Photography iPhone Applications .